The map on the right shows some of the walks that are available and below are details of: Walks around Adrasan Çavuşköy (Cavus-Bay)

NORTH COVE and on to SAZAK BAY
The walk to “North Cove” (see map) is accessed by crossing the river just up the road from Gelidonya Hotel / Arikanda River Garden Hotel. (Also the starting point for the section of the way marked ‘Lycian Way’ trekking route from Adrasan towards Olympos). Alternatively start on the track passing the Changa restaurant at the North end of Cavus Bay beach but if the river is in flood use the road bridge adjacent River Hotel.
This dirt track then heads back towards the coast climbing immediately above/behind the river hotel/restaurants.
After about 15 minutes a track can be seen going down to Day walk to gelidonya lighthouse. This walks is characterized by the breathtakıng views from the coastal cliffs above the editerranean sea to the west of Adrasan,ehich glistens in shades of silver and tuguoise. The small path coptinues. along the cliffs with wonderful views of water ısland and,Five ıslands, before wereach today. destination, The Gelidonya lighthouse. an iconic landmark synonymous with the lycian way. from here, you will be picked up by our bus and brought back to Adrasan.

ADRASAN NORTH COVE.
After a while the track peters out at the head of a dried river gulley near an unused mine entrance. Look out for a well walked bit of track sometimes way marked by stones from previous walkers – it crosses over the gulley and down the (west) side – a bit loose and tricky and remember to note the way back!

SAZAK BAY
(Length: From Adrasan Bay the trek takes about three hours each way, at a good pace so take supplies with you. Also it’s probably too hot to take from June thro’ Sept’.)
For Sazak Bay just keep following the dirt track, ignoring the minor tracks that run off – about half way along the North side of Adrasan Bay the track heads inland and crosses over the peninsular, through a unused meadow, then heads down to Sazak alongside a river (bed). From the east end of Sazak Bay there are said to be tracks across to
SHEPHERD’S BAY where there are ancient ruins although a bit overgrown now.
If you’d rather not go to Sazak, there is a branch in the track, just before the ‘meadow area’ that doubles back towards the DIVE CAVES . This easterly branch reaches a rocky headland from where Water Island can be seen in the distance and the westerly branch heads towards a cove (which I believe is known as ‘Paradise Beach’ ). The dirt track is a bit uneven in places but no big hurdles.

ADRASAN SOUTH COVE
Take the dirt road up hill from the Ford Hotel (last hotel at that end of the bay) around the headland for about 10 minutes and there is a small cove near the fishing boat moorings. The beach is stones and small shale but once in the sea the sea bed is soft silvery sand often with many small fish and shellfish.
From here, walking 1 hour each way, the route starts to the:

ADRASAN BAY LIGHT HOUSE
There is a quite narrow walking track through the woods to the lighthouse at the southeast corner of Adrasan Bay but most people fail to find it because they try to get there from the end of the dirt road above where the small fishing boats are moored. The way to find it is to start above the corner of the cove before the moorings – climb about three metres up the dry river bed and then find the track running along the “cliff” above the road.
A large rock at the river bed near the road has “L.H.” faintly marked on it with an arrow indicating the track. Sorry don’t know who this refers to!!

MINE HILL TRACK
Length: 1.5 hours walk to the hilltop

(Click for “Extra Images Page” with Panoramic view of Adrasan from the top)
The track meanders its way to the top of the hill for a great view of the open sea.
At the top follow the track to the right for an extra 45 minutes or so where it suddenly stops at a mound of rock.
Work carefully along the hillside for 50metres for a great view of Water Island.

FARM
Length: One hour walk each way.
From the Margarita Hotel walk up the track and keep straight on passed the next hotel. You pass Rahmi’s timber Hostal and this track- part of the Lycian Way Trekking Route – is on a ridge between two river valleys but the farm is no longer in use.
The Lycian Way runs through the farm and continues up the hill to view the sea in 1hr then on to Kara Öz (6 hours?).

HILL MEADOW WITH VIEW OF ADRASAN VILLAGE
Why not try a short part of the Lycian Way in the Olympos direction. A very pleasant,mostly easy going well trodden track up to a plateau with a another great view of the whole of Adrasan village and the hills behind in the Kumluca direction (about 1.5hrs from the bay). Follow the red&white way marks, although these might be overgrown a bit now, alongside the river up from last hotel on the left (at north end of the bay) until some greenhouses and then cross over on the odd stepping stones. At right angles to the river a road then runs between Tomato greenhouses – then the only tricky bit – cross the field alongside the last greenhouse and step over a narrow mountain stream to find the path up to the meadow plateau alongside the mountain stream. This is not well marked. Once there just a friendly shepherd with inquisitive sheep and a cow or two my stop for a chat! Return the same way or for longer route drop down the hillside track to the Olympos side of Adrasan and follow the roads back thro’ the village (probably 2hrs to the Adrasan Bay).

ADRASAN VILLAGE
Length: One and a half hours walk each way (with a long stop at a bar in the village in between! Also try excellent chicken kebab at fast food restaurant.)
Take the tarmac road left from the centre of Adrasan, by the Jandarma (Military Police) hut or alternatively from North end of bay near the river restaurants. Many tomato greenhouses on each route. The first one passes a small mosque about half way and the remains of a castle on the left above the road.

PHASELIS
Details of route in Sunflower book, “Landscapes of Turkey: Around Antalya”, by Eileen and Brian Anderson, who live in the Kemer area.
Take the morning Adrasan dolmus to the Antalya highway (terminates here at the new Adrasan junction) and change to a Kaş-Antalya dolmus getting off at the start of Çamyuva town area on the main road (Çamyuva Town sign). Walk back along the main road until the river and then follow river track down to the coast – then around the headlands and coves into Phaselis. The route is waymarked (this is part of the Lycian Way).
There’s plenty to see — the marble avenue, amphitheatre and aquaduct, plus superb beaches and ancient small harbour – all a protected area so no hotels/bars/restaurants only a snack kiosk.
To return, take the Phaselis entrance/exit road back up to the main road and make the return journey – Imortant : Adrasan dolmus extremely limited out of season – check times.

OLYMPOS AND ULUPINAR
There is currently no dolmus minibus service up to the Olympos junction so it is probably best to take a taxi from the “dolmus & taxi cabin” at the centre of bay (near Blue Bay Bar) or the cabin adjacent RiverHotel Restaurant.
At Olympos you can search for the ancient ruins hidden in the undergrowth and visit ‘turtle beach’. Also see the treehouses popular with ‘backpackers’.
The Lycian Way walk to Olympos from Cavus takes 6-8 hours and not really suitable for the hot summer months.

CHIMEARA
This is one for nightime – something not to be missed -
‘FIRE MOUNTAIN’ and best done by taking a taxi or hotel trip. Again on the route of the Lycian Way not far from Ulupinar and is now slightly commercialised with a constructed path of stone steps to reach the natural gas flames emerging from the rocks. Take a torch and some flat shoes with non slip soles and be prepared for many steps! Don’t stay too long as there seems to be quite a lot of partly combusted gas fumes about. 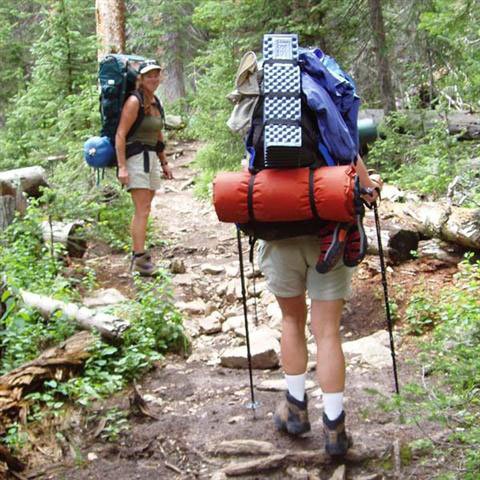